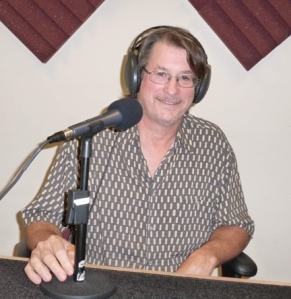 Bonsai artist Michael Redgrave has been the owner of Full Moon Bonsai in Marietta, Georgia for 24 years. In that time, he has become one of the premier next generation, bonsai artists in the South and has become known for high quality traditional Japanese Bonsai. His bonsai art has appeared at corporate events, art galleries and in major motion pictures and commercials. 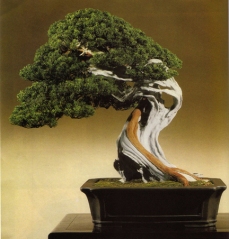 “Bonsai has a quiet spiritual nature of its own. In the Shinto religion, bonsai trees are still used in the ceremony. The triangle that the bonsai forms in Japanese spirituality is a connection between Heaven, God and Man — the three corners of the triangle. The art of bonsai puts you in touch with the turn of the seasons and the rhythm of flowering trees. There is a stillness that puts you in touch with Source.” ~Mike Redgrave

Listen to Mike’s Art as Worship interview on Empower Radio.

Regarding his own spiritual journey, Mike says, “I have been a seeker all of my life and explored various religions and various forms of meditation. I have a Catholic upbringing and do Siddha yoga and Zen meditation. Working with bonsai has expanded my awareness. It’s a meditative art form — it brings you closer to yourself. Through interaction with the plant material, you gain a greater understanding of yourself and thereby a greater understanding of God.” 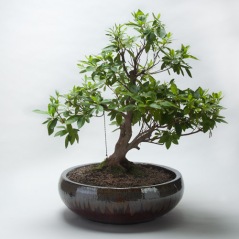 Mike has studied under many Bonsai Masters such as Ben Oki, Guy Guidry, Peter Adams, Rodney Clemens, Boon Manakitivipart and Matsahiko Kimura. In return, Mike has been a strong advocate for the fascinating art of Bonsai through teaching and sharing the sprit of bonsai with tens of thousands of people. He enjoys teaching about bonsai at garden centers, garden clubs and with his own students, as well as writing articles for his website and other publications.

Mike encourages listeners to explore their creativity. He says, “We were intended to be creative. It’s intrinsic and part of our nature. We all have that innate ability to become creative beings and it’s a great way to explore your inner self.”

Mike is a regular on the art festival circuit in the Southeast, as well as the flower show circuit and bonsai events. Through his work with the Atlanta Bonsai Society, Michael has become the main sponsor of the Japan Fest exhibit. It has become one of the most successful Bonsai fundraisers in the Southeast.

Find out more about Mike and the art of bonsai at www.bonsaimoon.com. He is a member of Trees Atlanta, The Nurserymen’s Association, the Atlanta Bonsai Society and the American Bonsai Society. 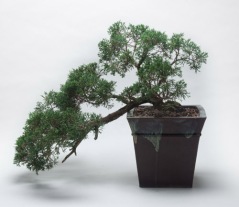 One comment on “Michael Redgrave: The Spiritual Nature of Bonsai”