Actress, Singer and Voiceover artist, Maria Howell is best known as the choir soloist from the movie “The Color Purple.”

Listen to Maria’s Art as Worship interview on Empower Radio. 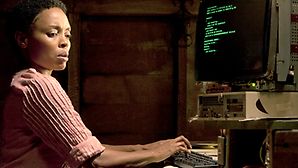 As an actress, she has appeared in Lifetime’s hit shows, Army Wives and Drop Dead Diva, the CW’s Vampire Diaries, FOX’s Past Life, ABC’s Detroit 1-8-7, Tyler Perry’s Daddy’s Little Girls, Meet the Browns, and House of Payne, as well as the acclaimed theatrical release The Blind Side, starring Sandra Bullock.  She has worked alongside, Mario Van Peebles and Wendy Raquel Robinson in BET’s hit series The Game, Queen Latifah’s Single Ladies and USA’s hit show Necessary Roughness, starring Calli Thorne.  She played Jules’ doctor (Cameron Diaz), in What To Expect When You’re Expecting, and in the role of “Mrs. Easle” in the ABC Hallmark Hall of Fame TV movie Firelight, starring Cuba Gooding, Jr. 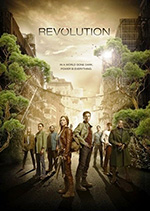 She now joins the regular cast of the hit TV series Revolution on NBC.  Her theatrical releases in 2013 include, Addicted, starring Sharon Leal and Boris Kodjoe and The Hunger Games: Catching Fire as “Seeder.”  She also joins the cast of Devious Maids, as attorney “Ida Hayes.”

Maria says, “The one seamless thing in my life has been singing and acting. Through singing, I give of myself and open up by telling stories. I’m touching people literally and figuratively. With acting, I feel I can inspire people by letting them see this African-American face doing something they might have imagined doing themselves. Any time I sing or act from the right mindset—from the right heart—I hope someone will be inspired. It’s a beautiful thing to be aware of God and know that in your art, you are connected.”

Throughout her career, Maria has shared the musical stage with legendary artists like Nancy Wilson, George Benson, Ray Charles and Earl Klugh. After a very successful stint in Asia, Maria relocated back to the US and performed weekly at Sambuca Jazz Café for nine consecutive years…2002 to its closing in December 2010. She and pianist Bill Wilson (son of legendary jazz pianist Teddy Wilson), held the distinction of being the longest running act at the Atlanta location. Maria has released several CD recordings, with the most recent release titled Reflections, a retros

She encourages other artists by saying, “I define passion as something that won’t let you go. Think about what your passion is and go for it. Even if you don’t have a fully developed plan, just start with something. Start with this step and go forward. Things somehow come to you if you put it out there. So many things have come into my life that didn’t come in the package I imagined. Connect the emotion with the experience and just live it.”