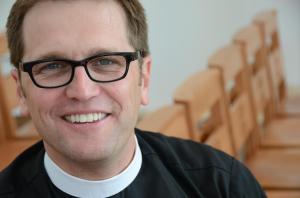 Rev. Michael Radford Sullivan is the rector of Holy Innocents’ Episcopal Church, an author and a sculptor.

“My art and creativity have become the chief means of my personal spiritual journey. The pivotal moments in my life where something went wrong — when I needed something to take me deeper in my spiritual journey — are where art really served me. It has helped me deal with the difficulties life can bring.” ~Rev. Michael Radford Sullivan

Listen to Michael’s Art as Worship interview on Empower Radio. 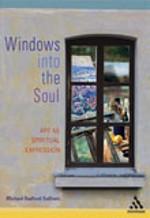 Michael is the author of Windows into the Soul and Windows into the Light. The books explore the place of art in spirituality and how creativity can contribute to the richness of the Christian journey. He has been a featured writer for Episcopal Café and Explorefaith.com.

He often leads retreats on art and spirituality. He says, “When we are able to give ourselves over to something greater, we begin to participate in a kind of spiritually-led process where our eyes are opened. We might see things that we would not have otherwise seen. I would argue that creativity is something greater than we are.” 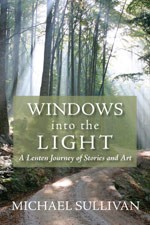 During his practice, he discerned a call to priesthood and then completed studies at the University of the South, Sewanee in 2000 (M.Div. optime merens). Michael was curate at Church of the Advent, Spartanburg before being named Canon for Mission at Trinity Cathedral in Columbia. He then served as rector of St. John’s, Lynchburg, Virginia before coming to Holy Innocents’.

Michael says, “Part of my life as a priest is helping people to see that boundaries are not great for the creative process. They’re not great for our spiritual development. You’ve got to be open enough that the emptiness of your life can be filled with something greater. You have to let boundaries morph and change so that God and Spirit can transform you in the process.”

In his spare time, he enjoys reading Southern fiction, cooking, exercise, and sculpting. Connect with Michael through www.holyinnocents.org or on Facebook.