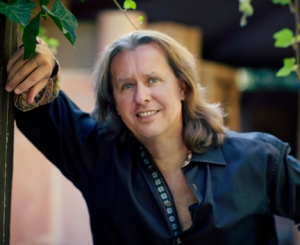 Led by a vision, the answer to a prayer, 24 year old Tom Bird put into play what he saw that night 31 years ago, and the results were miraculous, instantaneous. Within six weeks, Tom sold his very first book to the third largest publisher in the world for an amount equivalent to three times his salary at the time as a publicist for the big league’s Pittsburgh Pirates.

Listen to Tom’s Art as Worship interview on Empower Radio.

Tom has written twenty-three books and led tens of thousands to live their literary and personal writing dreams through over 4,200 lectures at the top colleges and universities in the country and by conducting hundreds of retreats.

He says, “All great writing comes from the same place. It’s from a spiritual connection to the Divine energy that we already are.”

Tom says he was meant to write and teach. He offers his Write Your Publishable Book in a Weekend Retreat at a variety of different locales nationally about a dozen times a year. 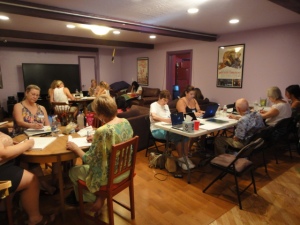 He comments, “If you have a book inside of you, by all means, pursue your writing. Pursue it aggressively, pursue it faithfully, pursue it out of desperation, but pursue it. Writing is a combination of a release of your message and the opportunity to step into your own Divinity — to get into alignment with your connection to Spirit and do what you’re meant to do in this world.”

Find out more about Tom, his books and retreats at www.tombird.com. Check out his freebies page for the audio and book he mentions in the interview.

Listen each Wednesday at 9am Eastern on Empower Radio to hear another artist’s story. Share your comments and your art on the Art as Worship Facebook page. Namaste!